Origin and distribution: Sheko cattle (also called Mitzan or Goda) are short horned, humpless cattle, which were first reported in 1929 and later in 1982 in the Shewa Ghimira of the former Kefa region of Ethiopia adjacent to the Sudanese boarder. The Sheko are believed to be the last remnants of the original Humpless Shorthorn (Bos taurus) cattle in eastern Africa. They are the only indigenous humpless cattle found in Eastern Africa. The presence of these animals in the isolated territory on the Sudanese boarder was reported for many years till the beginning of this century. A small population of these animals that existed in the Nuba Mountains of the Sudan, not far from this area seems to have been crossed with zebus. Recent phylogenetic study by Hanotte et al. (2000) showed high frequency of indicine allele frequency (90%) and low taurine allele frequency (10%) in Sheko males [CS 1.10 by Okomo].

Physical characteristics: The cattle are small, without hump or with only small hump. They have small horns and many are polled. Their colour is most often brown multicoloured with black and white. However, brown colour predominates in a plain (75%), patchy (15%) or spotted (9%) pattern. The udders are well-shaped and balanced. Ayalew (2001 in DAGRIS 2005) reported height at withers for adults, 105 cm; body length, 102 cm; heart girth, 136.7 cm, and live weight 179 kg.

Peculiarity: This group of cattle may be the only representative of the short-horned humpless (Bos taurus brachyceros) type in east Africa. Although there is no scientific evidence, the breed is expected to perform in tsetse belts better than most other breeds in Ethiopia.

Breed status: The estimated number of Sheko cattle is only 31,000 indicating that it is endangered. The breed is considered endangered mainly due to gradual interbreeding with local zebu and Sanga (Abigar in DAGRIS 2005).

Utility: The Sheko is used mainly for meat and work. Although not much is reported on the productivity, the cows yield 2 litres of milk a day for a short period, then drop to 1 litre per day in a six to eight month lactation period. Their age at first calving is 3-4 years. According to DAD-IS (2005), lactation milk yield is 420 litres in average lactation length of 210 days. 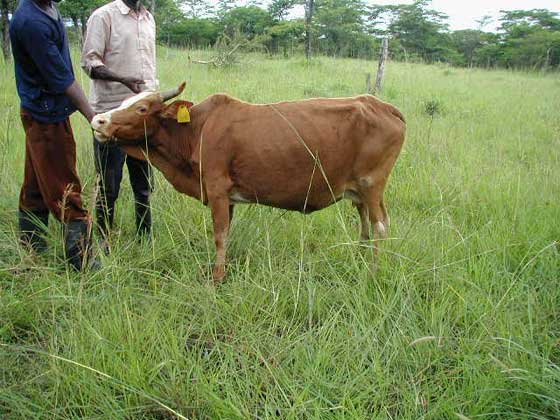 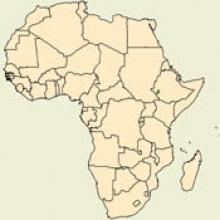 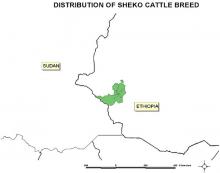